Southern Coastal Highway Improvement Project Part A Works (Phase 1C of Highway 2000 (East/West extension of 28.6 km), begins at the western end of the existing Roundabout at May Pen, and continues in a westerly direction, crossing the Rio Minho parallel to where the existing A2 crosses the river. At the entry point of St. Toolies, the alignment continues through hilly terrain and will have a design speed limit of 80 km/hr. A vertical gradient of 6% is required between St. Toolies and Williamsfield to achieve a change in ground level elevation of almost one hundred meters. The existing Melrose Bypass will be incorporated into the new alignment; upgraded to a four-lane dual carriageway with a speed limit of 80 km/hr. and crossing the railway line before terminating just east of the Corrugated Metal Pipe Arch Bridge, which is the overpass of the Haul Road near Williamsfield Round-a-bout

Maintenance of traffic along Melrose Bypass during the upgrading activities is paramount to the successful delivery of the project, requiring a more focused approach than the rest of the alignment from Rio Minho Bridge to Trinity Road, which is being undertaken in low traffic areas.

To undertake cut and fill earthworks along the Melrose Bypass to Williamsfield Roundabout, it will be necessary for haul trucks to cross the Melrose Bypass main road intermittently and safely. To minimize the risk of accidents and enhance the safety of the motoring public, as well as the construction traffic, a temporary traffic signal has been installed at the crossing point, K67+400.

However, after further review by China Harbour Engineering Company (CHEC), the National Works Agency (NWA) and National Road Operating & Constructing Co. Ltd. (NROCC),  it was concluded that the congestion management would be better served by redirecting traffic from Williamsfield and Porus to use the old Melrose Hill Road. Traffic from Porus to Williamsfield would continue to use the existing Melrose Bypass, although intermittent rerouting may also be utilized from time to time.

There are presently 2-lanes of traffic travelling from Porus to Williamsfield and one lane in the opposite direction close to the Trinity intersection and west of the temporary traffic signal. The modern design arrangement requires 2-lanes in both directions. This requires closing of the existing single lane from Williamsfield to Porus and narrowing of the adjacent lane to Williamsfield to construct a necessary retaining wall within the existing carriageway and to accommodate the transition to 2-lanes. The impact of these works would lead to significant disruption of traffic between Porus and Williamsfield and thus the decision to amend the original traffic management strategy, redirecting the Williamsfield to Porus traffic to the Old Melrose Hill Road during the construction phase, which is expected to last 7 months, beginning 2022 May 8th.

IMPACT OF REROUTING OF TRAFFIC

Re-routing of traffic between Williamsfield and Porus will have a positive impact on the overall reconstruction and realignment of the approximately 5Km section of Melrose Bypass as having reduced traffic to manage will result in a shortened construction period. Road safety will also be better managed because of the rerouted traffic.

Work in the vicinity of the Yam Vendors Facility (K69+500 (RHS) and K69+600 (RHS) was initially planned to be executed during nighttime, however, this was reassessed after consultation with the vendors and other interested parties to include blasting in the immediate area impacted. There are 3-lanes in this area and by re-directing traffic from Williamsfield to Porus, the traffic from Porus to Williamsfield will be shifted to the right-most lane, allowing daytime work to be executed.

Give us a call or leave us a short message.

The National Road Operating and Constructing Company Limited (NROCC), also known as the Grantor, is a public company formed to represent the Government of Jamaica’s interest under a Concession Agreement signed in 2001 for the establishment, development, financing, operation and maintenance of a tolled highway.

Give us a call within the hours below. 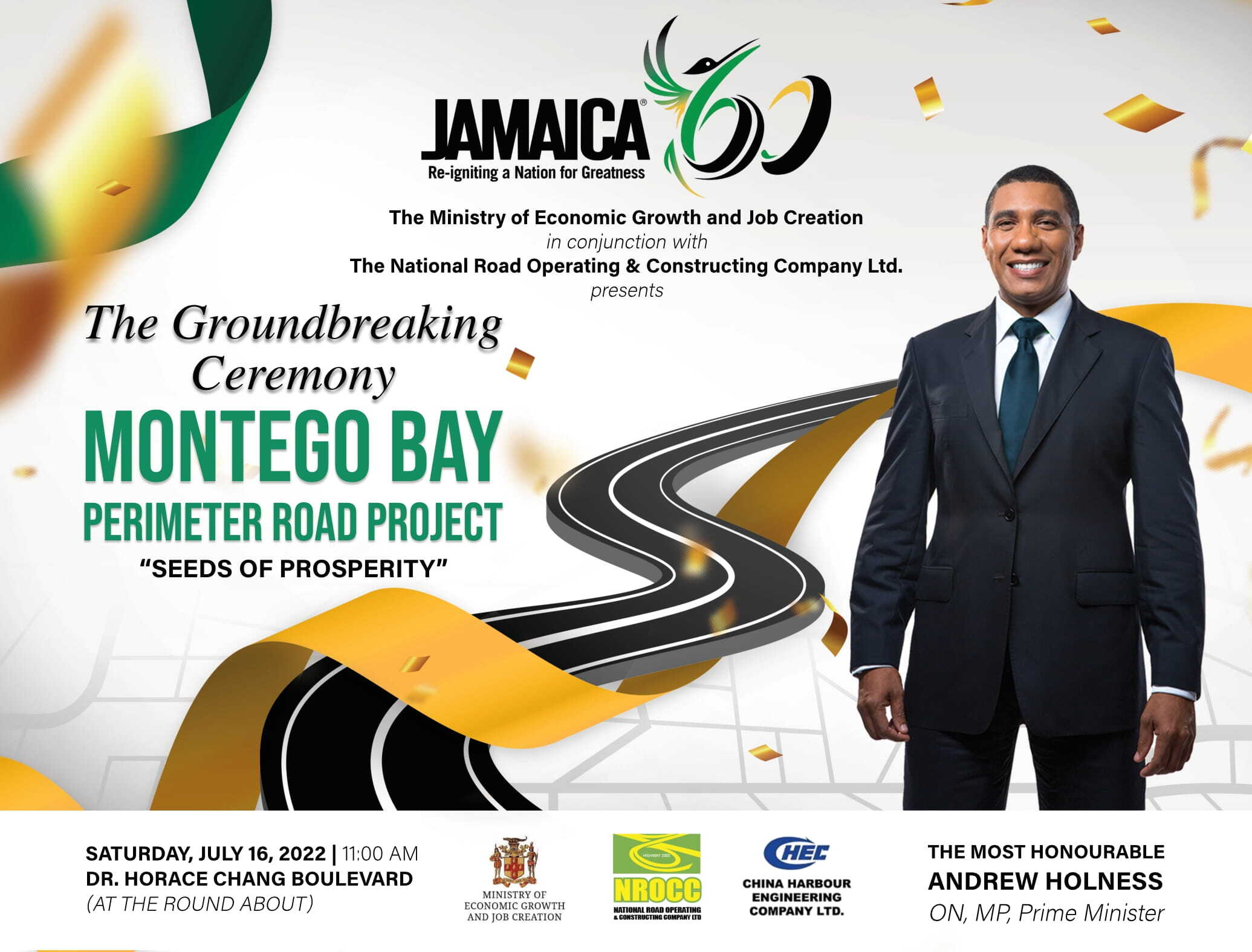